Canon 1D X Mark II, will it be better than Canon 1DX ?

I and my team  have been shooting wedding’s for quite some time and all of us use at least one 5d Mark III camera’s for either pics or DSLR video.In India, wedding season starts by Mid October and continues till July, so in Oct 2013 I decided to go for Canon 1 DX camera as I was looking for a camera upgrade , Mirrorless was a booming market than but  didn’t want to switch to Sony, As I had invested a lot in lenses and entire team had Canon so it was not a wise decision to switch brands.Also I had loads of great memories with Canon. So decided to got Canon 1Dx. The day I got it , next day was a wedding shoot and right out of the box I loved everything about he camera right from High ISO sensitivity ,AF-tracking system , colors ,better image quality , extremely fast frame rate and how solid its grip was in my hands.I shot almost the entire engagement function with no flash and I was super impressed by end of the night.The wedding shots can be seen here.

Being a wedding shooter, I shoot with 2 cameras, hence my 2nd camera was 5d mark III was always their with me with a different lens. During the shoot I noticed that some images were not very sharp as compared 5d mark III when shot at wide open apertures like f1.2 with Canon 85mm 1.2 lens, I knew its a sharp lens and all these years I was getting super sharp images at wide open, so I thought that it might be some front /back focusing issue in camera.I continued to shoot with Canon 1dX & 5d Mark III and later when I compared the image quality of two cameras , Canon 1dx was the winner but some of my images that were shot at wide aperture were slightly off focus.I thought I will calibrate my camera & lens and fix that issue. I did that later with FoCal and was happy with the results and found out that camera was way off with certain lens where I had to adjust +20 or -20.I did calibration with almost all my lens and hoped that it behaved like a good boy.

Shots taken after that gave me a mixed reaction , while some of them were super sharp and some were totally out of focus specially on those wide apertures between f1.2 to f2,Hence I decided to do all beauty shots with Canon 5d Mark III and use Canon 1DX for shots where I am going to shoot between f3.2 – f4, As the wedding season was on  it’s peak, I couldn’t go to Canon service center as they asked for a week’s time to repair , hence I decided to head to service station once the wedding season was on low profile.So I showed it to the engineer and he pointed out that it front/back focusing and took me inside Canon testing lab and showed me how he corrected the issue with use to all the new fancy technology . I  was super impressed with the stats Canon shared & with all the fine tuning I just prayed that it worked fine.

There were the reference pictures that were shared by Canon as a fix to my problem.

So this time I was shooting a pre wedding shoot along with my assistances and in middle of shoot the CANON 1DX just stopped working ,I first thought that the battery was dead, luckily I always carried a extra battery and hence put the extra battery but Canon 1Dx did not start, I assumed that my other battery was also not charged, so I kept Canon 1dX in bag and started shooting with Canon 5d mark III, 3-4 hours later when I reached home and checked Canon 1Dx it was working all ok and the dead batteries all of a sudden had full charge in it.I ignored the problem and still charged the batteries.

A few days later, on another shoot, same thing again happened and when I replaced the battery, it still showed no sign of life, I knew something was wrong than , luckily 5d Mark III were always as a back up and I continued my shoot with it.Then I google “Canon 1DX wont power up” and got the shock of my life to read what people have been saying. Many people around the world also had faced similar problems LINK 1, Link 2  and LINK 3 , After talking to some of the owners who faced similar problem , I immediately called respective Canon person and told him the problem and asked for a solution, His answer was “We never heard of such problem before” please get it tomorrow to ur service station and we will address the issue.next morning I was all ready  up and drove for 4 hours to reach the service station only to find out than when I pulled out the CANON 1dx out of bag, it was all switching on and was working all fine,I tried to show the Canon representatives few videos on phone where people had similar issue but they refused saying sir “people on internet write anything” Unless we hear from Canon that their is a a issue,we cant comment.

A week later, i was handed over the Canon 1DX with a service note that, no problems were found , By now I knew I was holding a expensive brick in my hand and always need to keep a back up camera ready as never knew when this will stop working.In months to follow my interest  of using Canon 1Dx totally died as the problem kept coming back and disappearing after few hours,I decided to shoot video with it. Unfortunately whenever Canon 1Dx stopped working I was in middle of a shoot and had a continue shooting with 5d Mark III, until 8 months back when shooting a  wedding it stopped and luckily my assistance was shooting video and I asked him to record the dead camera in middle of shoot, post that wedding I also shot the entire incident on a video and thought of sharing with Canon.

So this time I took the camera to Canon and showed them the video and luckily the CANON 1DX was dead only, also meet some senior person at the service center and asked for an explanation as how can this happen to Canon Flagship camera and service engineers are not aware of any such problems,They said give us some day and we will rectify the problem, 2 days later I got a call mentioning that, some issue with the circuit board of camera and as its under warranty, it will be fixed asap.Meanwhile I applied for the CPS member ship to avail the benefits, 20 days later , I got my Canon 1Dx with a replacement of circuit.Once I stated using it, I again faced front/back focusing issues and raised it to Canon and they asked me me submit the same.While I was about to submit the Canon 1Dx again it went dead and I felt like hitting this brick on my head and asked god WHY ME ????????

I called this time the Senior Manager at Canon who I had meet last time and had assured that any concerns with our flagship camera, we will take care of even if it goes out of warranty,I explained him the problem and he asked to drop in next day and leave it and pick an alternative 1Dx as by now I got an CPS member ship.

I submitted the dead camera approx. 6 months back on 20th April 2014 and didn’t hear anything form Canon for 6 long months, all this while I was handed over a brand new Canon 1Dx which I truly enjoyed right from the first click I shot with that camera, I know it was track sharp even at super wide apertures and it gave me some of the best low light images.I wish my orginal Canon 1Dx was like this or comes back like this from the service center.

In last six month’s, I thought that Canon realized that their was some serious problem in my model and were un able to correct it, hence they never called me back and wanted to enjoy with the Canon 1DX, but today I got a call from Canon 1Dx saying that camera problem is fully resolved and the entire internal parts are replaced, when asked on focussing issues, they said that will be be checked and will inform me when I can come and pick up the camera.Now I dont feel like giving this camera back not knowing what I will get in return, In few months the warranty will get over and again if the problem’s comes it will be huge loss to me.

Almost every-week Canon 1DX mark II news comes on some forum and I am excited to text it against the Canon 1DX, I also know no matter how much I hate my Canon 1DX , I can’t live without it as replacement model gave me so much good memories and beautiful reviews from client’s which wound’t been possible without Canon 1Dx.

I will keep you posted on what happens when I get the repaired Canon 1DX and how good/bad it performs (:- 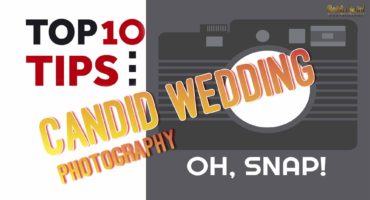 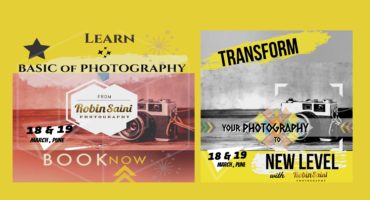 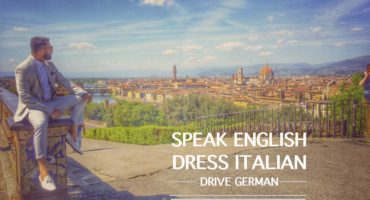 Italy highlights - Shot on iphone6s plus

Open chat
1
Are you ready for breathtaking pictures?
Send us a message, Our usual reply time is under 5 minutes.